What does the Catholic Church say about ghosts? 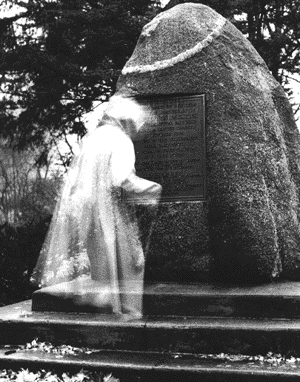 There are many 'ghost' shows dominating the TV screens of late..

There has always been 'ghost stories'... through history...

I thought it was a good topic to pursue...


Below are some answers that may help you discover what the Catholic Church Teaches...

What does the Catholic Church
say about 'ghosts'???

The ghosts that inhabit haunted houses, graveyards, or any other place may indeed be real entities and not always the figment of imagination.

However, the popular idea that they are the spirits of human souls who have died and are trapped here for some reason is not possible.

They are much more likely to be demons disguising themselves as the “ghost” or spirit of a human being for the purpose of leading people away from the true faith.

2 Corinthians 11:14 And no wonder, for Satan himself masquerades as an angel of light.

In fact,
the Church believes that spirits, do exist.
There is the visible physical realm all around us
but also unseen there is a spiritual realm.


Ephesians 6:11 Put you on the armour of God, that you may be able to stand against the deceits of the devil. 12 For our wrestling is not against flesh and blood; but against principalities and power, against the rulers of the world of this darkness, against the spirits of wickedness in the high places.

So, YES the Catholic Church absolutely does
believe in a spiritual realm.

This realm is inhabited by Angels and Demons, Our God, Father, Son and Holy Spirit. 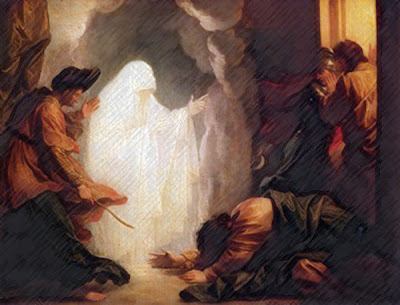 but are not allowed to contact living humans without the express permission of God.

“Then the rich man said, ‘Please, Father Abraham, at least send him to my father’s home. 28 For I have five brothers, and I want him to warn them so they don’t end up in this place of torment.’

29 “But Abraham said, ‘Moses and the prophets have warned them. Your brothers can read what they wrote.’

30 “The rich man replied, ‘No, Father Abraham! But if someone is sent to them from the dead, then they will repent of their sins and turn to God.’

There are tricks of the devil and his demons.

They can appear to be messages from God, angels, Saints, and our deceased relatives and friends.

Because it can sometimes be hard to tell which of these events is occurring -- the Church discourages such things as trying to divine, or contact the spirits of the dead.

If someone thinks that they are being contacted by the dead, they are encouraged to discuss the episodes with their parish priest who will help the person to understand what and where the alleged apparitions are coming from. If the local priest cannot determine there are those who have more advanced training on how to determine this who will be called in to help."
http://www.aboutcatholics.com/community/viewtopic.php?id=1716

Peter Kreeft in his book, "Everything You Ever Wanted To Know About Heaven", (pgs 34-35), says the reason for “this stricture is probably protection against the danger of deception by evil spirits.
"We are out of our depth, our knowledge,
and our control once we open the doors to the supernatural.

The only openings that are safe for us
are the ones God has approved:
revelation, prayer, His own miracles,
sacraments, and primarily Christ Himself…

The danger is not physical but spiritual,
and spiritual danger always centers on deception.”

“Nevertheless, without our action or invitation, the dead often do appear to the living. There is enormous evidence of “ghosts” in all cultures. What are we to make of them?” He goes on to say “We can distinguish three kinds of ghosts, I believe. 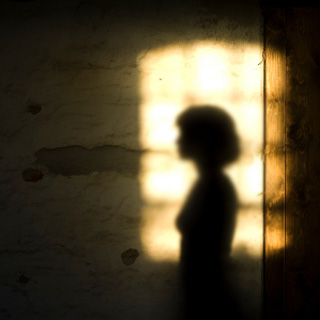 First, the most familiar kind: the sad ones, the wispy ones. They seem to be working out some unfinished earthly business, or suffering some purgatorial purification until released from their earthly business. These ghosts would seem to be the ones who just barely made it to Purgatory, who feel little or no joy yet and who need to learn many painful lessons about their past lives on earth.


Second, there are malicious and deceptive spirits—and since they are deceptive, they hardly ever appear malicious. These are probably the ones who respond to conjurings at seances.They probably come from Hell.  Even the chance of that happening should be sufficient to terrify away all temptations to necromancy."  Necromancy (/ˈnɛkrɵˌmænsi/) is a claimed form of magic involving communication with the deceased – either by summoning their spirit as an apparition or raising them bodily – for the purpose of divination, imparting the means to foretell future events or discover hidden knowledge. The term may sometimes be used in a more general sense to refer to black magic or witchcraft.


"Third, there are bright, happy spirits of dead friends and family, especially spouses, who appear unbidden, at God's will, not ours, with messages of hope and love.

They seem to come from Heaven. Unlike the purgatorial ghosts who come back primarily for their own sakes, these bright spirits come back for the sake of us the living, to tell us all is well. They are aped by evil spirits who say the same, who speak 'peace, peace, when there is no peace'. But the deception works only one way: the fake can deceive by appearing genuine, but the genuine never deceives by appearing fake. Heavenly spirits always convince us that they are genuinely good. Even the bright spirits appear ghostlike to us because a ghost of any type is one whose substance does not belong in or come from this world. In Heaven these spirits are not ghosts but real, solid and substantial because they are at home there: One can't be a ghost in one's own country."

“That there are all three kinds of ghosts is enormously likely. Even taking into account our penchant to deceive and be deceived, our credulity and fakery, there remain so many trustworthy accounts of all three types of ghosts - trustworthy by every ordinary empirical and psychological standard - that only a dogmatic prejudice against them could prevent us from believing they exist. As Chesterton says, 'We believe an old apple woman when she says she ate an apple; but when she says she saw a ghost, we say 'But she's only an old apple woman.' A most undemocratic and unscientific prejudice."

Catholicism teaches that we are both body and soul, or as Saint Paul says (using the Greek for these words), flesh and spirit.

The soul is a “substantial and spiritual principle endowed with immortality” according to the Catholic Encyclopedia.

It’s substantial because it has elements of being, such as potency, stability, and the capacity to be modified. It’s spiritual in that it is immaterial and has intelligence and free will—irrespective of its relationship to a physical body.

When we die, the soul separates from the body,
to be reunited “at the end of the ages.”

Jesuit John Hardon in his Modern Catholic Dictionary notes that

God may and does permit the souls of the dead
to appear before the living when
it’s suitable for our salvation.

The lives of the saints are full of such apparitions.

Church teaching, based in biblical tradition, warns against trying to conjure or control such spirits as occult practices routinely do. 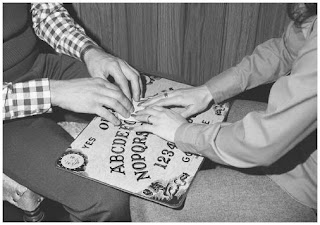 You are opening portals to evil spirits...

Seeking the aid of powers other than God is a deterrent to faith, does not lead to good, and can lead to harm.

That is the Catholic position on the supernatural in general.

Catholics believe that
God alone is sovereign,
and there is no power or principality
equal to divine authority
—Satan included.

All created things
must answer to God,
just like you and me.


The creator of this blog has had personal encounters mostly in dreams—my dad, soon after he died came first saying 'pray'. He needed prayer and much later he came smiling saying he was alright.  My mom came in a dream saying thank you for the prayers I had said for her.

The Lord had allowed them to let me know they were alright... and I thank Him everyday.

Don't forget to pray for those who have died...why?


See the up-coming post regarding PURGATORY...
we all go there...first, if we are on our way to heaven...to be purged of all remaining stain of sin...

Posted by CATHOLIC WARRIOR at 00:52